Dr. Guevara, a founding member of PolicyLab: Center to Bridge Research, Practice, and Policy, has research and clinical interests at the intersection of early child development, behavior, and health disparities. He has partnered with community-based organizations, government agencies, and parent advocacy groups to address policy-relevant questions aimed at reducing inequities in early childhood development and behaviors. He has sought through his research to test psychosocial interventions to provide parents with the resources and tools to improve the care of their children and reduce disparities.

His notable career accomplishments to date include: 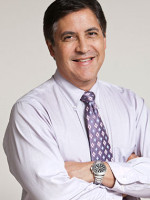